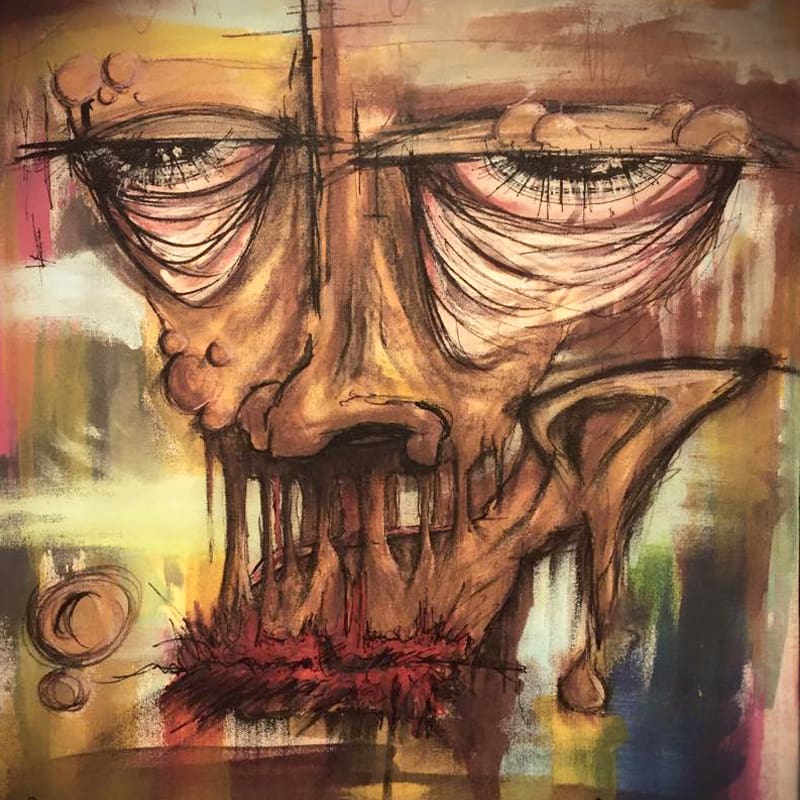 My name is Al Creamean (a.k.a. “Neurotik”), born and raised in Illinois my whole life. My primary course of study in college was not in the arts but in the psychology, graduating from ISU with a Bachelor’s in psychology, then onto EIU where I completed my Masters in Clinical Psychology. Currently, I practice at The Pavilion Hospital, working with youth and adults on acute psychiatric units. I have lived in Champaign for the past 3 years and have been painting for the past two. I started using spray paint after having an interest in graffiti, but quickly switched to acrylic paint markers which allow more control in creating a piece on a smaller scale. I have been involved with The Common Mind artist group for the past 2 years, painting at live events (Pop-Up Graffiti Jams @ Mike and Molly’s) and assisted with development and execution of Boneyard at Fluid Events Center in April 2015. I have shown work at Institute 4 Creativity (Boneyard 2014 and Spring 2015), Fluid Events Center (Boneyard 2015), Exposed (at SOMA; March 2015), Art Salon at Firestone Building (2014 & 2015), 40 North Untitled Fundraiser (2015), Developmental Services Center fundraiser (live painting; August 2015), “Spindependence” DJ music festival (live painting; July 2015), Taste of Champaign (live painting; August 2015) and have also been selected as one of six chosen artists for the 40 North Sky Gallery for 2015. I have also done album artwork for a local musician (Truth) on “Sublime.”